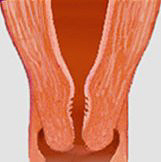 As we reported in our blog earlier this year, fertility specialists in Sweden transplanted uteri into women who were unable to carry a pregnancy to help them. They were presumably motivated by one of the remaining challenges in Reproductive Medicine, helping women who were born without a uterus, or have had their uterus removed or have severe scar tissue in the uterus making it difficult or impossible to carry a pregnancy. The only options for these couples until now has been to use a gestational carrier with IVF to carry the pregnancy for them, what most people think of as a “surrogate.” Picking up on research that began over a century ago, doctors in Sweden used modern surgical techniques and medications to enable transplantation of the uterus. There is now some good news on this front. One of these transplants in Sweden resulted in a healthy live birth. The pregnancy and birth were not without complications. The baby was born 9 weeks early and the mom developed pre-eclampsia, a serious condition in pregnancy also known “toxemia” whose symptoms include high blood pressure and swelling. The doctors are also unsure if the uterus will be usable for a second pregnancy. Still, this an exciting first in Reproductive Medicine.